Unmarried with Children: Your child custody rights in Florida 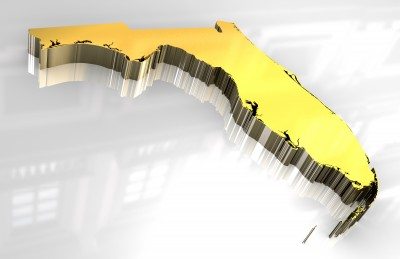 Unmarried parents often deal with a number of difficult situations when it comes to child custody and child support. An unwed mother might find that the father of her child refuses to acknowledge paternity and refuses to pay child support.  An unmarried father whose partner contests his paternity may find it impossible to receive custody rights or visitation with his child. In some cases, an unmarried father may be forced to pay child support for a child that is not his.

While most people understand child support, custody and time-sharing in terms of the divorce process, parents who were not married at the time a child was born have the same rights to seek these things on behalf of their children. When it comes to the rights of parents in Florida, the law does distinguish between married parents and unmarried parents. Regardless of your marital status though, you do have certain rights regarding the custody and support of your child. The one big difference is that parents who are not married have to establish their rights through a paternity action. A court-ordered DNA test may be required to identify the biological father.

As the relationship ends for unmarried parents, both the Mother and Father have to understand the importance of a paternity determination. Mothers should know that although a Father’s name may not appear on a child’s birth certificate, the Father may have the right to have it added. Fathers need to know that they must fill out the Florida Putative Father Registry form in order to start the process of establishing your rights.

Regardless of your marital status though, your child(ren) come first. A child is entitled to financial support from both parties. Of course, before child support provisions can be made, you have to establish paternity. Note that while the Department of Revenue (DOR) is helpful on obtaining child support, DOR may incorrectly calculate child support because it does not participate in certain discovery practices to determine the accuracy of the parties’ incomes and parents could receive less or must pay more than required by law. additionally, DOR does not have the ability to represent parents on other issues involving custody, timesharing, residence of the child and relocation.

An experienced Family Law and Custody Attorney, can help both unmarried mother and fathers establish their rights as it relates to their children and assist in obtaining the correct amount of child support. As with any rights however, there are rights come responsibilities. Your Attorney should take great care in explaining these responsibilities before moving forward with any actions.

While unmarried fathers do have the right to be involved with their children, these rights are not automatic. As is often stated,

The bottom line is that you have to establish paternity. After that step is taken, your attorney can work with you to establish a parenting plan for your child that makes sense for your situation. Keep in mind that even if you and your child’s parent have an informal agreement already worked out, it is very important to formalize that agreement to protect the child and to make it clear.