Study finds capital punishment in decline in the US 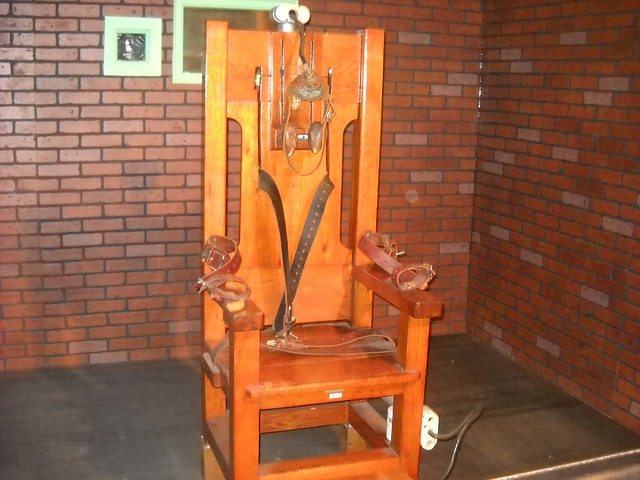 Use of the death penalty has fallen to its lowest level since capital punishment was reinstated in the United States in 1976, according to a report released on Thursday by a nonprofit that tracks death penalty data.

The Washington-based Death Penalty Information Center reported a 75 percent drop in death sentences since 1996. Through mid-December, there were 78 new death sentences in 2011, compared to 112 a year earlier. It is the first time the number has dropped below 100 in a single year since the Supreme Court reinstated capital punishment, the group said.

“This is a historic drop in death sentences. It’s indicative of a mood around the country that the death penalty has risks, flaws and needs to be reexamined,” said Richard Dieter, the executive director of the center and author of the report.

A growing number of states have abandoned capital punishment in recent years, including New York, New Jersey and New Mexico. In January, Illinois’ governor signed a law abolishing the death penalty, bringing the total number of non-death penalty states up to 16. In November, Oregon’s governor halted a pending execution and said no more executions would occur in his term, describing the capital punishment system as “compromised and inequitable.”

In Ohio, the chief judge of the state’s Supreme Court appointed a task force to address problems with the administration of the death penalty.

The center says the growing discomfort with the death penalty is, in part, due to recent high-profile executions like that of Troy Davis. The case drew international attention as protesters expressed doubts over Davis’ guilt in the 1989 murder of a Georgia police officer. Since his conviction, several key witnesses recanted their testimony and said police coerced them to testify against Davis.

In October, the Gallup Poll, which tracks public opinion, reported the lowest level of support and highest level of opposition to capital punishment in almost 40 years. The poll found that 61 percent of those surveyed supported the death penalty for a person convicted of murder, down from 80 percent in 1994. Thirty-five percent opposed the death penalty, up from 13 percent in 1995.

The Supreme Court stopped use of the death penalty in 1972, finding that death sentences had been applied in an arbitrary and discriminatory way. In 1976, the court allowed executions to resume in extreme criminal cases where states’ sentencing procedures built in sufficient protections.

(Reporting by Terry Baynes at Reuters Legal – Our apologies, but the original article has moved)